Hawaii is unforgettable. There are so many unique aspects about the islands that simply seem unreal. From rich history and culture to flora and fauna found nowhere else on Earth, Hawaii is full of surprises. You don’t need to be an expert to understand why this tropical paradise in the middle of the Pacific is such a sought-after destination.

Here are some amazing facts about Hawaii that you might not know!

It’s also the most remote landmass on the planet. While there are seven inhabited islands, there are another 125 for a total of 132 Hawaiian islands. These cover a span of nearly 1500 miles across the Pacific.

2. The beaches here come in 5 different colors (or more)

Everybody knows that Hawaiian beaches are amazing, but not everybody knows that they are also multi-colored. You can find your typical white-sand and brownish beaches, but you’ll also find black, red, pink, and even green. Much of this color variation has to do with the volcanic nature of the islands.

3. Hawaii has over 3000 species of native plants and animals

The islands’ isolated nature makes them home to an impressive amount of different plants and animals that exist nowhere else on Earth. This also means that many of these species are endangered or threatened. You can find an almost endless amount of tropical plants, and there are no native land predators.

4. Hawaii was a globally recognized kingdom until 1898

Although Hawaii is now part of the United States, it was an independent kingdom before this. This is still quite controversial today, and the Hawaiian Kingdom’s illegal overthrow was shady at best. The US formally issued an Apology Resolution for the act in 1993.

5. Hawaii is the only state with two official languages

English and Hawaiian are the two official languages spoken here. A variety of Pacific Rim countries have impacted the islands’ culture and development, and you can hear other languages as well, often mixed to form pidgin.

6. There are only 12 letters in the Hawaiian Alphabet

If you have ever wondered why Hawaiian words can be so long and repetitive, it’s because there aren’t many letters to choose from. The only ones used are A, E, H, I, K, L, M, N, O, P, U, and W.

7. There are (technically) no snakes in Hawaii

Tropical locations are often crawling with creepy-crawlies, but not Hawaii. There are no indigenous snakes to be found here. There are sea snakes, which are highly poisonous but non-aggressive and shy. Some snakes have been brought to the island illegally that show up from time to time, but this is also rare.

You read that right. It does snow in Hawaii up on the highest volcanic peaks that reach over 13,000 feet above sea level. This high elevation results in colder temperatures that can see snow during the winter months.

Hawaii is home to the tallest mountain in the world. This is another fact that leaves many people scratching their heads. Manua Kea is not the tallest above sea level, but it is the tallest from floor to summit, measuring in at 33,500 feet. This makes it close to a mile taller than Mount Everest!

10. Hawaii is home to Jurassic Park

The blockbuster movie Jurassic Park was filmed on the island of Kauai. There have been many other famous films that have been shot in the islands over the years as well.

11. Pineapples are not native

While you might think that Hawaii is home to the fruit, pineapples were actually imported to the islands over the last century and a half and didn’t start as successful as they are now. The many varieties of pineapples now found here can be traced back to South America and some other tropical locations.

12. The islands get larger every year

Hawai is one of the most volcanically active places on earth. The Big Island increases in size by around 40 acres every year because of regular eruptions from Kilauea. If you want a chance to see a real lava flow, this is the place to be.

13. Hawaii was the first state to outlaw plastic bags

There are special environmental considerations that come with living on any island community. Hawaii has been a leader in conservation and progressive environmental policies and was the first state to ban plastic bags back in 2015.

14. You can find almost all of the world’s climate zones here

Hawaii is diverse in many ways. Its changing elevations and ecosystem give it the claim of having 10 out of the 14 named climate zones. You can lounge on the beach and go snowboarding on the same day.

15. Every beach is public here

Some landowners don’t like this fact being out in the open, but every beach in Hawaii is public property. And there is supposed to be public access every 1000 feet. This can sometimes get murky, but if you see a beach, you’re allowed to be there.

16. You can mail coconuts to the mainland

You don’t need to box it up or put it in an envelope; you can just write an address and place proper postage, and ship this symbol of the tropics across the sea. This is a popular way to send a gift back home.

17. Hawaii was a training location for the moon landing

NASA used the hardened lava rock surrounding Mauna Loa on the Big Island as a training location for astronauts headed to the moon on the Apollo Missions. There have been more recent instances of NASA use for potential Mars training as well.

18. Spam is a national treasure

More Spam is eaten in Hawaii than anywhere else on earth. Pork is a traditional food of the islands, and this popular canned version has made its way into everyday life out here. Spam Musubi is a highly recommended treat to try when you visit.

19. Hawaii is the only US state that grows coffee

Kona Coffee is known worldwide, and Hawaii is the only place where this variety comes from. It’s also the only state in the US that grows commercial coffee. If you make it to the Big Island, a trip to one of its many coffee farms makes for a great afternoon.

20. You can find the most active volcano in the world here

Volcanoes and Hawaii go hand in hand. Kilauea is the most active volcano in the world, and it has been almost steadily erupting since first being documented in 1983. If you want to see a live volcano in action, the Big Island is where to be. 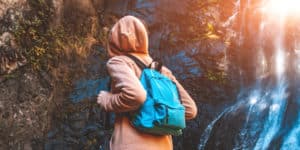 The Importance of Island Ecotourism in Hawaii 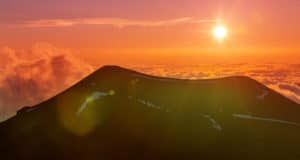 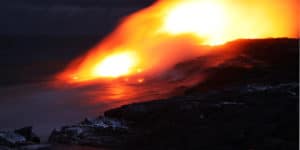 Myths, Magma, and Magic: All About Hawaii’s Volcanoes
Scroll to Top